The witness, a 60-year-old ex-marine and his wife were driving near Carmel on December 12, 2014 when they came up over a hill and saw a 7' tall slender, gray creature with muscular and tall legs that walked like its knees were backwards (presumably indicating a digitigrade stance). It bares resemblance to the Nightcrawler or Fresno Alien. It appears to look like the Greys, however no UFO's were seen in the time before it. 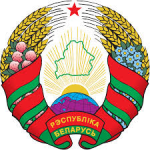