Tim Dinsdale was born into a British family in China. During World War II he served as a Royal Air Force pilot in Zimbawe and afterwars worked as an aeronautic engineer. He is remembered, however, because of his research on the Loch Ness Monster. His interest started in 1955, when he read some articles on the subject. In the course of his life, he went to 56 treks to the loch. In 1960 during his first month as a Ness-watcher he made a four-minute film of the fast-moving hump of "some huge living creature", apparently twelve to sixteen feet of it underwater, with three visible feet. A subsequent analysis of the film by Britain's Joint Air Reconnaisance Intelligence Center (JARIC) declared the object a large, unidentified living creature. Dinsdale's books on the Loch Ness Monster are considered some of the best in the literature of cryptozoology. 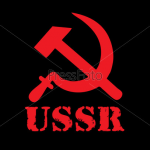